A Tour in Western Australia 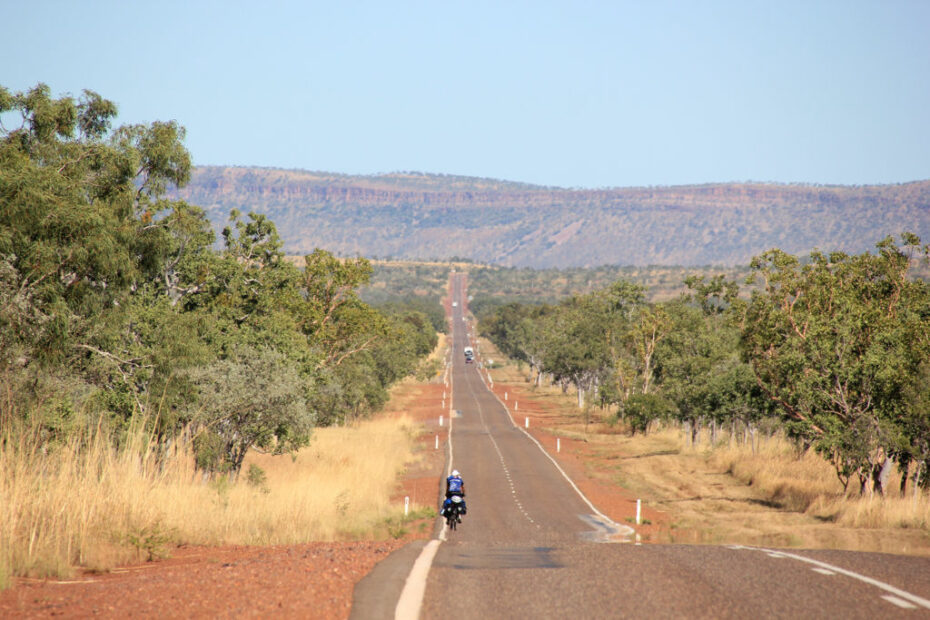 A ride from Kununurra to Derby on the Gibb River Road.

We flew into Kununurra, put the bikes together at the airport, stayed in a local caravan park and in the morning headed out on the tar before the turnoff to the GRR.

Admiring the Cockburn Ranges. Note the corrugations in the road.

An early start after camping on the east bank of the Pentacost River. There are crocodiles here and we are hurrying as best we can. A few 4WDs pass us and they have their windows up. Leaping crocs maybe?

We have opted to travel light and make the 700km in 7 days. So no front bags and minimal food.

Most of the road is quite good. We are riding in early June, after the west season and after the initial grading has been done. The three bikes were running 700 x 35-42C tyres.

As we go further west we encounter the amazing boab trees. They are a native of Madagascar and it is assumed that some of the big seed pods floated right across the Indian Ocean.

We camped on water every night. The freshwater crocs are not very dangerous. Only the “salties” are and most of the camps were far enough inland to be away from the salties.

The termite nests are truly amazing. This is one of the biggest we saw.

Pete was going to provide fish but the catch was just too small to provide the nutrition we needed. We all lost weight on this ride. There are two places where you can buy a bit of food along the 700km road.

Getting more shagged out `as we pushed further west. Note the bikes had no stands in 2013.

We arrived in Derby on schedule and spend a day looking at the sites. This is the Boab Prison Tree where Aboriginals were held captive. Their crimes were to live off the land as they had for millennia.

We got the bus down to Broome to catch the plane and the local bike shop obliged us with bike cartons. We rode to the terminal (which is literally in town) and packed there.