The places where cycle tourists ride often have mobile phone signals. But in the bush signals can be weak unreliable. Also, internationally, you are not likely to be set-up with mobile internet. Meanwhile, except for in tunnels, you always do have GPS signals from satellites. So, in order to be able to use digital maps anywhere, you need to have the maps stored on your smartphone or tablet so the GPS (rather than the internet) can tell you where you are.

The basic hardware needed for using digital maps when riding a bike is a smartphone, or small tablet. It is handy to be able to mount it so that you can see and operate it from a riding position. The device could still be in your pocket or bag though. It is just a bit slower to make use of it. The mount in this picture is a Rokform and it is a Samsumg Galaxy S5 smartphone. 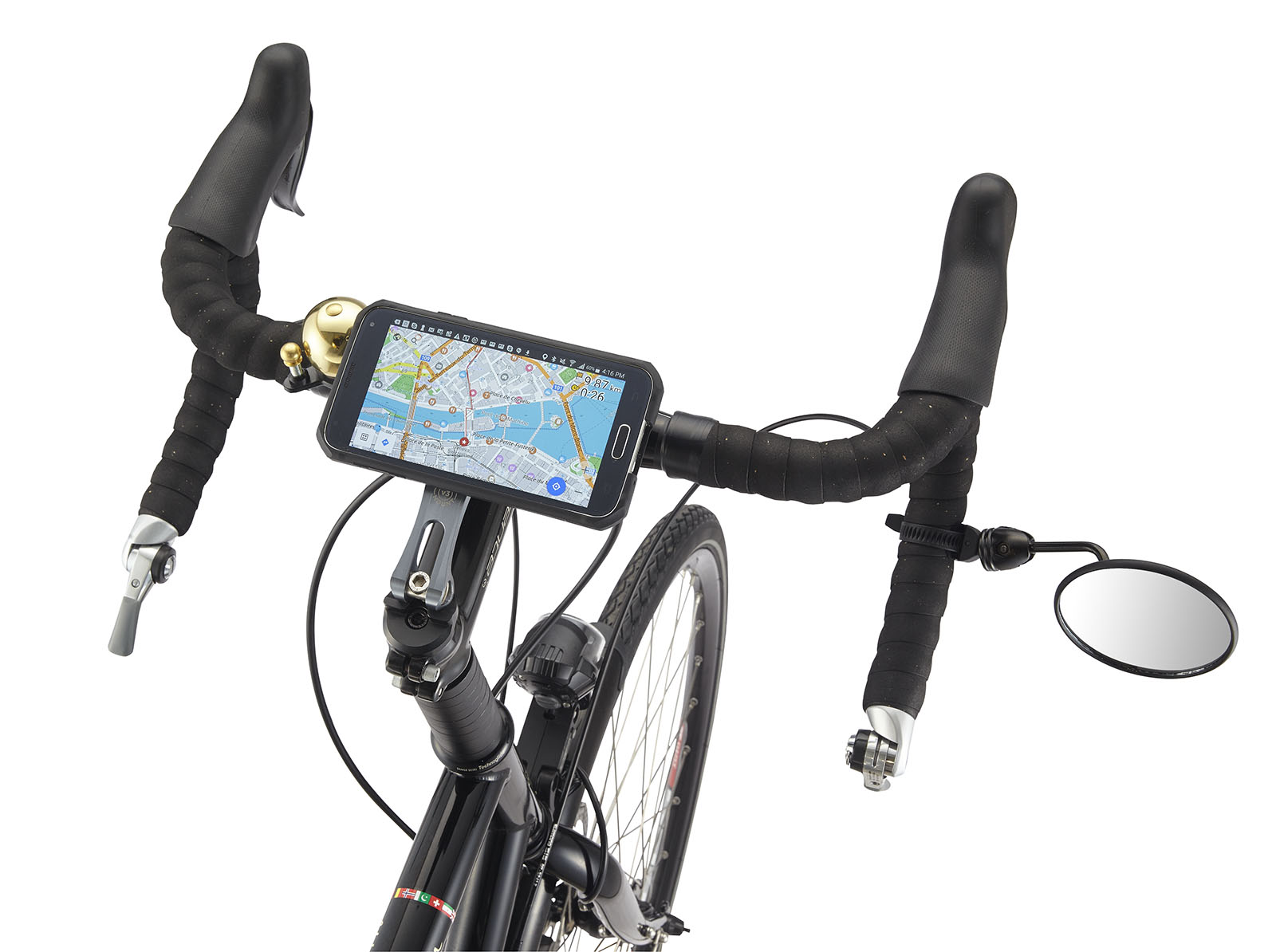 Due to development in smartphone technology, especially screen size options, zoom-in and out, availability of apps and the simplicity of downloading routes, there is less need today for separate “digital mapping devices” such as Garmins. If you have already own a smartphone, it will probably do the job at least as well.

In addition, it is good to have a small compass. The map on the device has an arrow saying where north is for the map on the screen. But you need to aim that arrow at where north is “on the ground”. Imagine a paper map spread out on the ground showing the roads nearby. To make a decision about which way to go you, you’d first rotate the map so its north points to actual north. True, there is a compass facility in a smartphone but it is easily interfered with by close-by things. 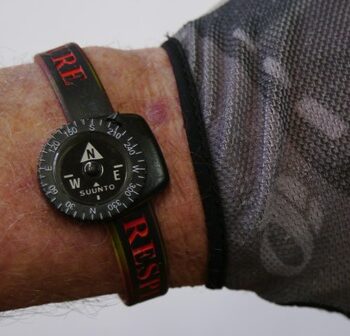 Maps you can see on your device (smartphone, tablet or PC) when online, such as Google Maps and Apple’s Maps, are not actually stored on the device. Nor can they be easily downloaded to it. The “view” of them that is on your screen when you are on-line can be downloaded to your device but that seldom covers enough country in enough detail to be useful.

Therefore, you want to store (embed) a map on your device, meaning on the device you will be having access to during the ride, most likely a smartphone. In addition to the map downloading process, at least for some rides, you will want to create a “route” or “track” for the ride and to also store it. Once you’ve taken these steps, it no longer matters if you are off-line. You still have your map. You have your route. You know where north is. And you can see your current location.

To download a map you need an app on your device. There are various such apps including MotionX-GPS (an Apple app) and OSM for Android. There are actually a lot of such apps but you only need one. Which one you get determines how detailed and current a map you have. The apps do have route planning facilities but there is a case to separate that planning job and do it on a bigger screen where you can simultaneously look at accommodation sites, climate, Wikipedia etc.

Using Google Maps to create routes from A to B to C works. There is also a process to easily download those routes to your device. Doing this on a big screen is just easier as you can see more. If you can tolerate mapping on a small screen then perhaps do that.

When on the ride, you just open up the app in order to see your map, your route and your location.