A Ride on the North Island of New Zealand 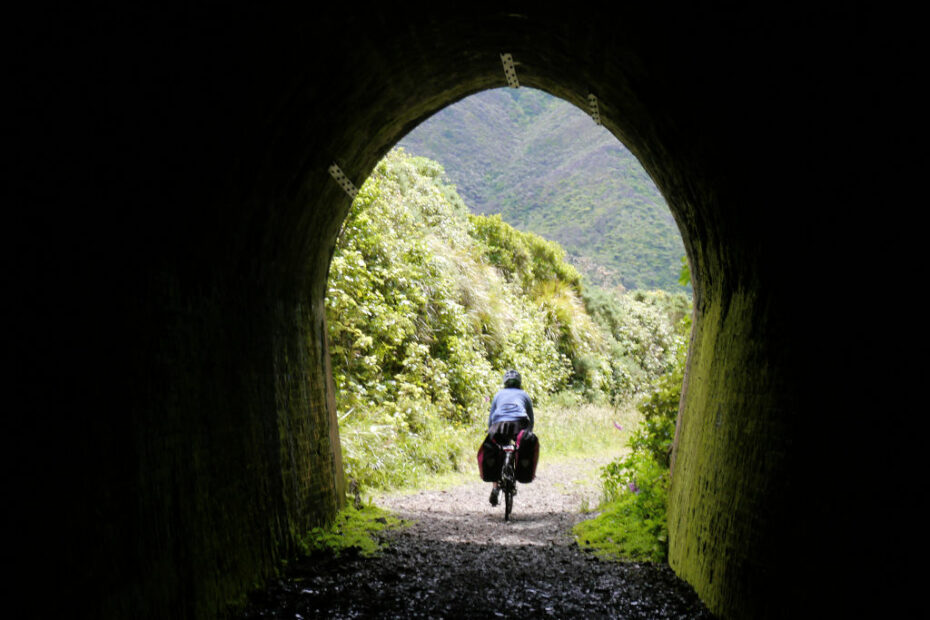 We’ve resolved to do four tours in New Zealand over four January’s. This is the first. From Auckland, heading generally down the east coast of the North Island. Through the Hawkes Bay region, discovering a number of bike trails and eventually arriving in Wellington.

It’s summer and fresh fruit is plentiful. Kiwi fruit here. But cherries and apricots are also in season.

The scenery is stunning. So many people comment on how they run out of superlatives to describe it.

The Matawai pub. Iconic old hotels offer very reasonable lodging often in tiny towns that long ago were much larger.

An unconventional but seemingly good idea. To catch the olives.

At Pukaha Mt Bruce nature reserve we see the remarkable migratory eels. These ones are in the wild.

Whilst having an ice cream someone says “are you hear to ride the trail?” In fact we had no idea but soon we riding the Rimutaka Cycle Trail.

Rimutaka is an old railway with lots of informative plaques and great tunnels.

A road through a long gorge. One must admire the kiwi roadbuilders. The country has under 5 million people but they have built roads in treacherous places and regularly have to rebuild them after earthquakes.

Coming into Wellington there is a very cool bit of infrastructure. There is a sensor that spots bikes and activates that bike sign you can see on the left. As you go through a squeeze-point, the traffic is warned you are there.